In 2015 and 2017, two young male porcupines were brought to the Janet L. Swanson Wildlife Hospital at Cornell for treatment of respiratory symptoms. Both had nasal and ocular discharge, inflammation of their eyes, and increased respiratory effort. X-rays showed severe pneumonia in one of the porcupines. Testing of nasal swabs detected some common bacteria but also an adenovirus that had not been previously discovered in porcupines.

Adenoviruses have been reported in a broad range of host species, tend to be species-specific, and often affect the respiratory system. DNA analysis matched our sample with an adenovirus previously discovered in skunks and pygmy marmosets (a kind of small monkey), hedgehogs, and recently a gray fox in New Hampshire. Although it is named SkAdV-1 (after the skunk where it was first detected), unlike other adenoviruses this one appears to infect species that are not closely related. 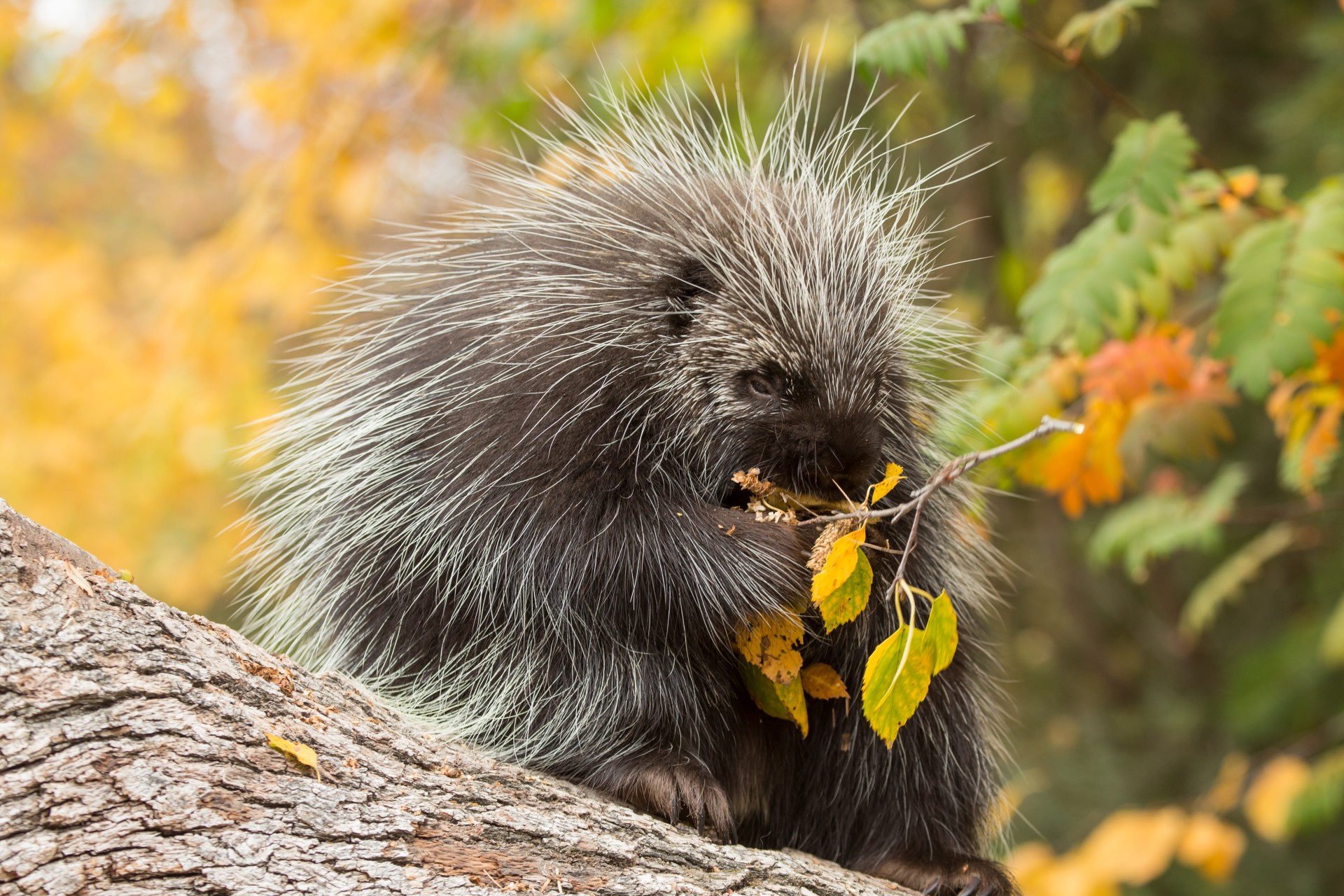 Since then, the number of SkAdV-1 infected porcupines admitted to the Swanson Hospital is rising, with a marked increase in SkAdV-1-related deaths in 2020. As the information on SkAdV-1 infections is currently limited, a team of clinicians and pathologists at Cornell University has landed funding to conduct a research project looking into this emerging disease in North American porcupines. With our partners from the NYSDEC we will work to identify cases for diagnostic evaluation and testing for the project.