Eastern hellbenders are one of only 3 species of giant salamanders in the world, and the only one found in North America. In the past decade, the New York population has declined by about 40% over their range. To boost wild populations, a captive rear-and-release program was initiated by the NYSDEC in 2009, but annual survival rates were poor. Our program teamed with NYSDEC to assess causes of mortality and test strategies to improve success.

After several years of documenting poor survival in captive rear and release hellbenders, NYSDEC biologists worked with the WHP in the summer of 2014 to systematically monitor a small group of released hellbenders in hacking cages and assess health and survival on a regular basis. 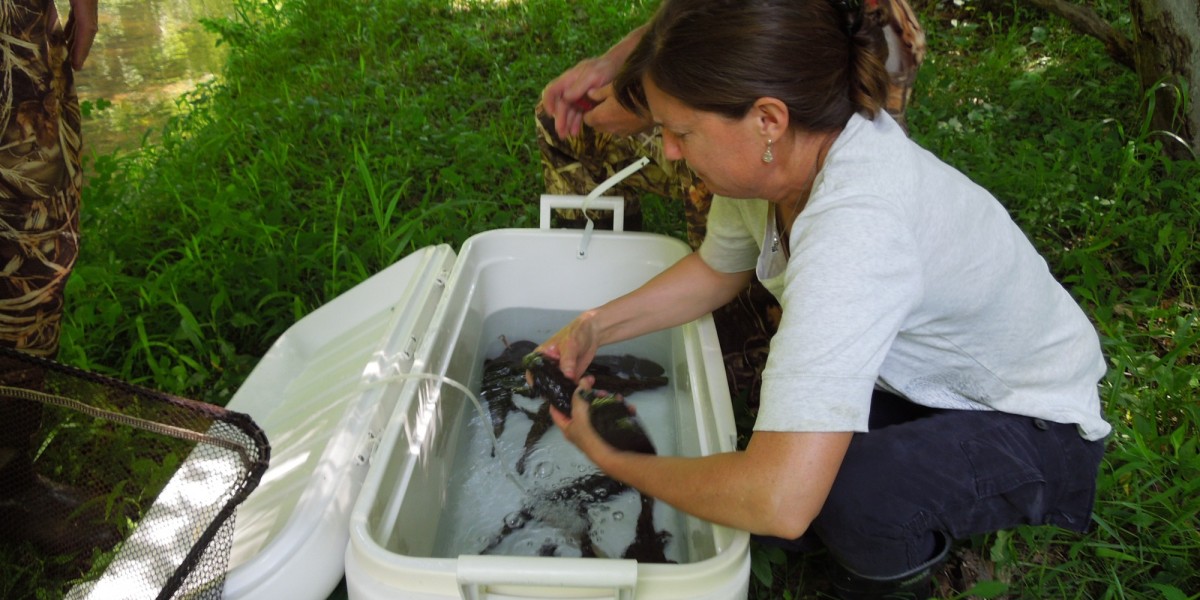 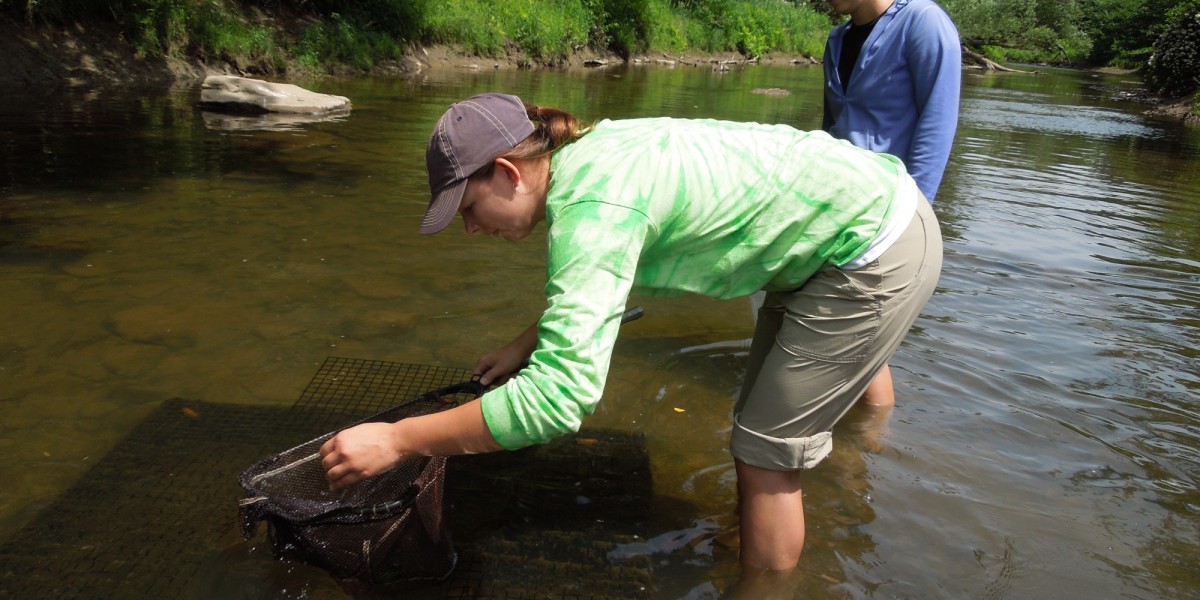 The field trial showed that all the released animals became infected with Batrachochytrium dendrobatidis (Bd) fungus within a few weeks and 19 of 21 died within 6-8 weeks of release. In 2015-16, we then initiated a pilot project with 70 hellbenders in our laboratory to test a killed chytrid vaccine. This project was partially funded by grants from Cornell Vet and the Atkinson Center for a Sustainable Future at Cornell. After analyzing over 2,000 samples, we concluded the vaccination did not protect the animals from infection or reduce the Bd loads, but there were no deaths in the colony during the experiment.

Graduate student, Alyssa Wetterau, is now collaborating with the Smithsonian Institute to understand how the immune system in hellbender skin responded to the infection trial.  The Smithsonian Institute will be using samples taken from these study animals to examine mechanisms of immunity in the hopes of applying knowledge to conservation of other vulnerable amphibian populations.

For the summer of 2017 we are working with collaborators from NYSDEC, Buffalo State College, Buffalo Zoo and the Cornell Wildlife Health Clinic to test alternate release strategies with vaccinated and unvaccinated individuals and assess long term survival through radio-tracking.