The bear was miserable, rubbing itself incessantly against the tree. It had been scratching the relentless itch so much that its fur had fallen out and its skin had thickened to a leathery crust. Because it spent all its time scratching, it had not eaten much for a long time. The bear was suffering from mange, a parasitic skin disease caused by various species of mites. The disease is found in many free-ranging wildlife populations and has been reported sporadically in American black bears (Ursus americanus) since 1970. Unlike most wildlife diseases that require laboratory diagnosis, mange causes striking alterations in the appearance of animals, including hair loss, weight loss, and thickening of skin. These changes may be so dramatic that mange in bears can be identified by untrained observers. 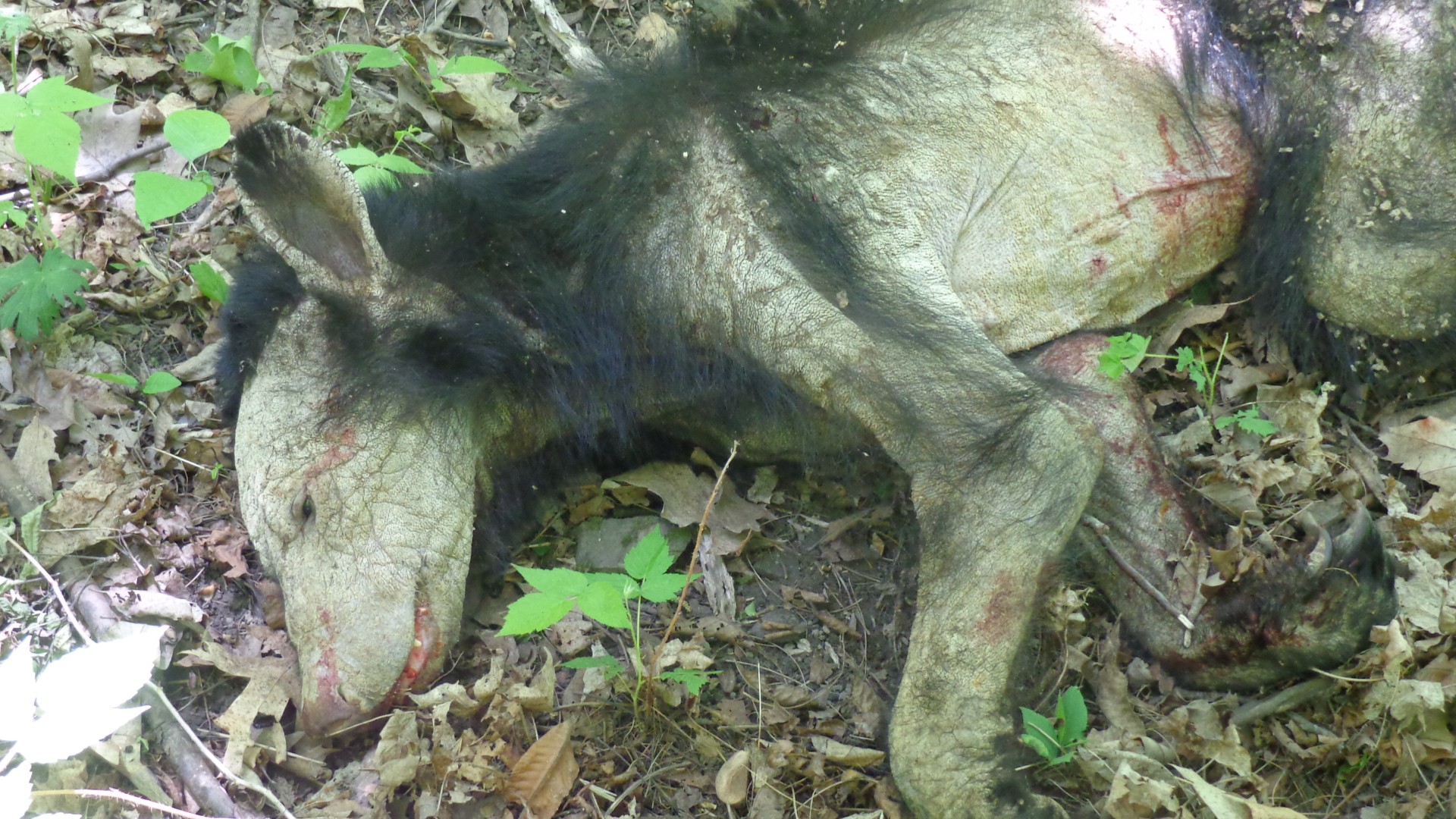 Carcass of a young black bear with severe mange infection, likely the contributing factor in its death.
Warning: Graphic Content. To view, click and hold on the image.

The study suggests that mange has become an increasingly common source of reported morbidity and mortality in black bears across NYS. In the last decade, numbers of cases increased over time. The study found two hotspots of mange in NYS black bears—one along the Pennsylvania border and one in the northern region of the state. In addition, the study revealed a seasonal pattern with mange cases peaking in late spring/early summer and showing slight increases in the fall. The study suggests that a disproportionate number of adult female black bears contracted mange in NYS compared to male bears.

The results of this study may provide a starting place to consider a dedicated monitoring program to identify further emergence and spread of the parasite through NYS. Mange caused by Sarcoptes mites is a zoonotic disease, making mange a potential public health concern for people and domestic animals. Therefore, the apparent emergence and spread of mange, mainly by S. scabiei mites, in black bears may be of interest to wildlife managers because of potential human-wildlife conflict, in addition to the welfare issues of individual bears. 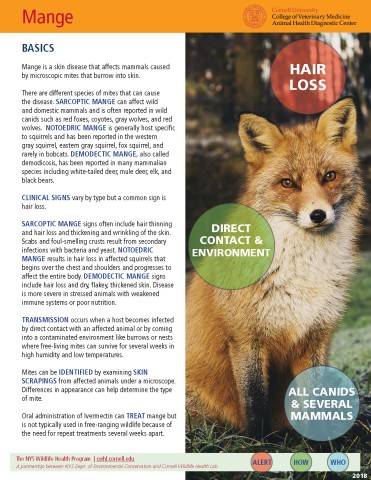